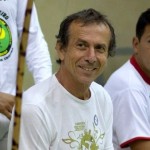 Mestre Gato has almost 50 years of playing capoeira. It has been a well know figure in the capoeira scene and has in this time played an important role on the development of capoeira, organizing many meetings in Brazil and through out the world.

Mestre Gato, (Fernando Albuquerque) began studying Capoeira in 1964, at the age of 16 in Rio de Janeiro, Brazil. He began training with the Flores brothers at the Laranjeiras. END_OF_DOCUMENT_TOKEN_TO_BE_REPLACED

Mestre Pedro has been training and studying Capoeira for over thirty years with Mestre Gato one of the founding members of Group Senzala in 1963. Since his arrival in Scotland in 2000, Pedro’s been working with the main dance and arts schools in Scotland such as:

Northern College in Dundee, Royal Scottish Academy of Music and Drama and the Scottish Youth Dance in Glasgow and Dance Base in Edinburgh. END_OF_DOCUMENT_TOKEN_TO_BE_REPLACED 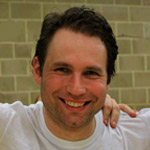 Christos has trained in a number of styles of martial arts over the years including taekwondo, kick boxing, Thai boxing, Aikido and knockdown sport budo (to name but a few!)

He first encountered Capoeira while training for open martial arts tournaments, now known as mixed martial arts. The initial attraction for taking Capoeira on as his main style was the high cardiovascular workout and not sporting black eyes at work every week. However what really kept Christos captivated was the complexity and variety of the game, the rhythm, the mental aspect as well as the physical. END_OF_DOCUMENT_TOKEN_TO_BE_REPLACED 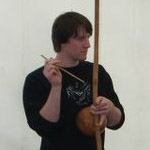 Andy first saw capoeira while watching the incredibly cheesy film Only the Strong at his Grandmother’s house with his cousins, they couldn’t wait to try it so immedietly went into the back garden and began trying to copy the ginga and a few other moves, they tried to find classes nearby but couldn’t find anything. END_OF_DOCUMENT_TOKEN_TO_BE_REPLACED 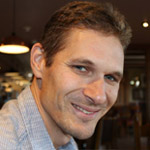 Esquilo started training Capoeira with Senzala Leicester in 2005 under Mestre Gato through the guidance of Tim and Christos. He had never tried Capoeira before, but was warmly welcomed into the group and has been training regularly ever since. Guided by Mestre Pedro, he now runs the Northampton classes alongside Menino. END_OF_DOCUMENT_TOKEN_TO_BE_REPLACED 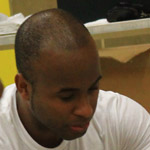 Jason has been training Capoeira since 2005. He first saw Capoeira when the Leicester Group did a demo at a cultural evening (Jason was attending) on a Saturday and he went to the class on the following Monday. He has been hooked ever since. In fact, he enjoys Capoeira so much that whenever Jason travels he checks where the nearest Capoeira group is so he has played Capoeira in: Ireland, Wales, China, Ghana and Israel. He plans to play in many more countries and ultimately in Brazil. END_OF_DOCUMENT_TOKEN_TO_BE_REPLACED 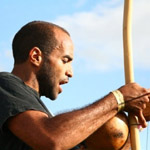 Tim is not actively teaching capoeira at the moment due to other commitments but he will always be part of the Senzala Midlands family.

Tim (“Caboco”) started training and studying Capoeira in 1999 and joined Group Senzala in 2001. He co-founded group Senzala Leicester, which was the first Capoeira group in the whole of East Midlands at the time. With the help of his friends and students, Tim dedicated a lot of his time in building the group from the ground up with the other co-founder Christos, making it into a well known group around the UK! END_OF_DOCUMENT_TOKEN_TO_BE_REPLACED